Hs2 Ltd and The Tunnel 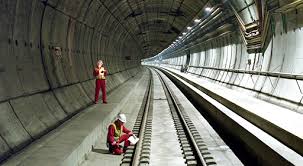 HS2 Ordered  to vacate Stone Meadow by Chiltern District Council after Save St. Giles report them for drilling bore holes without permission.

Save St.Giles appeared before HS2 House of Lords Select Committee

Save St.Giles appeared before the House Of Lords Select Committee on 7th November to highlight concerns relating to the proposed HS2 twin bore tunnel that will run directly under our village.

We presented our case to ensure that the environmental impact on our village is minimised and proposed that the current tunnel depth of 19m be increased substantially. In addition we prepared an argument in conjunction with Misbourne River Action Group to set out expectations of how the sensitive chalk stream river should be protected not only during construction but for the future.

The original proposal set out by HS2 had a planned tunnel depth of over 100m and a direction that avoided the centre of the village, this was the version that was presented to the community at the HS2 road show in May 2011.

The route was then changed in 2012 to incorporate the tunnel section for Amersham and meant that the tunnel was diverted to run under the centre of St Giles at a minimum depth of 19m.

We presented evidence to the House Of Lords Committee,  based on expert opinion, to suggest that this depth is not sufficient and could have severe consequences for our village.

​We requested two things. That the tunnel pass deeper under our village and that in association with Misbourne River Action Group the Misbourne is environmentally lined directly above the tunnel to protect it during drilling and beyond.

The new route through our village was finalised without any geological testing of the ground for the proposed site. In fact, HS2 started testing the ground only two weeks ago ( 4yrs after the route was announced) and even then this was done without the appropriate permission from Chiltern District Council who had only agreed for them to conduct a non intrusive test in Stone Meadow.
​
See Press coverage HERE
​
HS2 arrived with a team of engineers, heavy duty equipment, drilling rigs and trucks, but were asked by the District Council to shut down work immediately and leave Stone Meadow after Save St Giles informed the council of what was happening.

HS2 are now believed to be submitting permission more suited to the exploratory drilling work that they want to conduct.

We note that in the previous village newsletter Luke Nipen has been appointed by HS2 as the designated Community Engagement Manager for our area. He can be contacted at HS2Enquires@hs2.org.uk and we suggest that you express any concerns that you may have directly to Mr. Nipen, to ensure that he is aware of the strength of feeling within Chalfont St.Giles so that the negative impact on our community is minimised.

If you have any questions feel free to contact Save St. Giles at chalfontstgilesinfo@gmail.com or via our Facebook page.

Save St. Giles meet with HS2

Save St.Giles met with a team from HS2 in June 2016 in advance of their petition to The House Of Lords against the proposed scheme in November. With the help of specialist advice from Geologists (who appear to have information relating to the physical and geological make up of our valley which is far superior to what HS2 Ltd have). We walked the four HS2 Ltd representatives through the village and realised that this was the first time they had actually set foot in the community. We expressed concerns about the tunnel depth and potential damage to the Misbourne River and Aquifer.  The team left with a clear sense of the community, the village and the concerns we have in relation to the twin bore tunnel. Whether the meeting will have any effect on their plans or the line itself is impossible to judge but we have now made contact in person and will proceed to the House of Lords hearing on behalf of the village later this year.

​SEE SAVE ST. GILES PETITION TO HOUSE OF LORDS   HERE